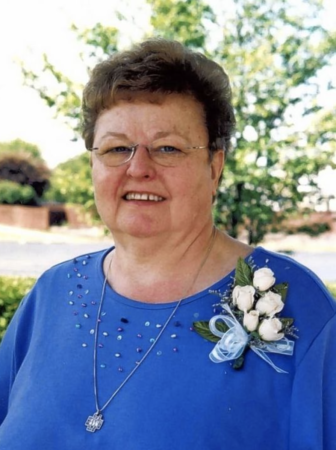 Sister Elaine Tworek began her autobiography with this statement:  “It has always been of special significance to me that I was born into life and New Life on the same day”.  As desired by her parents, Alois and Helen Tworek, and the pastor she was brought to St. Francis Church the very evening of her birth, May 21, 1940, in Lindsay, Nebraska, to be baptized.

Having been raised on several far ms as a child and teen, she also attended various schools. She was involved with and devoted to caring for the animals.  She states that she was an avid horse lover and spent many hours on horses, was a 4-H club member, as well as worked with machinery, plants and “anything but housework”.

Her relationship with her father was especially close because she loved being in the out of doors. However, she attributes the strong relationships they had as a family to her mother’s approach to life and family.  She states, “I grew up knowing that my parents were liked and appreciated for their generous and gracious openness to others; a source of great and ongoing pride for me….in general, I had a traditional rural upbringing with parents who were strong in faith, family and work values, and in their insistence on each one doing their best.”

From intermediate grades Elaine desired to be a teacher.  Through the influence of a Sister of the Resurrection who coordinated the catechetical ministry in her parish, she went to Chicago in 1953 after 8th grade to enter the aspirancy of the Resurrection Sisters.  She attributes her growth in faith to Sister Eulalia, the novice directress, by her vibrant personal relationship with Jesus. Through this Sister, Elaine’s love for the Eucharistic Liturgy was nurtured as well as her relationships in community.

Sister Elaine professed First Vows on August 15, 1957, and went to New York for  formal biblical studies.  Her commitment to religious life grew. It was during Vatican II, and all the social upheaval of the 60’s that she did her graduate studies at Loyola’s Institute of Pastoral Studies. As many Sisters were leaving religious life, she says “…all the while, I was deeply committed to the church, the challenge of Vatican II, the call to renewal, the hope for our community’s growth, and my call to be a Resurrectionist.”

Elaine had many positive experiences in ministry.  For 37 years, her major roles were as teacher, religious education coordinator and principal.  In her religious life she was a liturgy team coordinator, ongoing formation committee chairperson, local superior and retreat and renewal coordinator.  She came to believe “that I am simply a pilgrim in progress, a Resurrection person embracing the life/death dynamic, a woman of faith who is convinced that all of life is a gift and that Jesus is Lord of all and the source of all that is necessary on my journey to the Father.”

In August of 1988, Elaine transferred to the Community of the Sisters of the Living Word.  She taught for six years at St. Joseph Boys High School. In 1994 she ministered as principal at a co-ed high school in Remsen, Iowa, and in 1998 she was elected to the Leadership Team of her new community. After five years in leadership she spent a sabbatical in New Mexico with time to travel and pray.

Following this Elaine spent eight years serving as a pastoral minister in two parishes in Lower Brule, S.D., on the native American Reservation. She learned very much about another culture and was very grateful for the experience.

Deciding to return to Chicago, Elaine began a journey of accepting a difficult health situation.  In 2014, two tumors, though benign, were found on her brain. Needing therapy following surgery, she went to Resurrection Life Center originally begun by the Sisters from her former community in collaboration with other religious communities. While there, she continued to struggle with an increasing amount of health issues.  Elaine’s attitude was inspiring.  Through it all, she wrote letters and cards, was grateful for the care she was receiving, and for her religious community’s care. Toward the end of her autobiography, she writes, “I am committed to continuously discern how best to be a faithful and responsive person to God’s dream for me.”

In 2020, when the COVID 19 virus began to be prevalent at the Life Center, Elaine, being susceptible, was diagnosed with the virus. She survived the virus, but suffered with the after affects.  During her years at Resurrection Life Center though she had various illnesses Elaine was cheerful and had a gregarious and grateful spirit.  God was merciful and took Elaine in her sleep, March 31, to the infinite Resurrection Life awaiting her. We, her Living Word Sisters, her Resurrection Sisters, her family and friends are grateful for the witness of her dedicated life to the mission of sharing the Living Word with all.